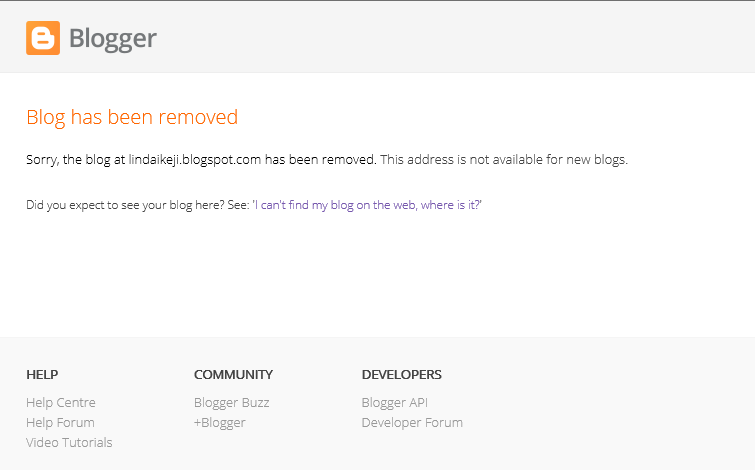 The blog-space of Africa’s number one ‘blogstress’ Linda Ikeji has been terminated. A visit to www.lindaikeji.blogspot.com which used to be her most sought-after web address reveals this message:
“Blog has been removed
Sorry, the blog at lindaikeji.blogspot.com has been removed. This address is not available for new blogs.” The blogger has been embroiled in some controversies bothering on issues of plagiarism. Not many of her numerous readers saw this coming.
A call put across to Linda by our reporter went answered. Effort was however made to reach her adverts Manager, Edna, who promised to return the call as soon as possible.
DailyPost recalls that earlier today, Linda who had been under heavy attacks by some bloggers over plagiarism issues had said that should the worse happen, she would redirect her readers to her new site. She had vowed not to patronize those behind the blackmail, whom she said had already secured all web domains with her brand name.
More to follow…
APC has no plan to frustrate Fayose’s inauguration – Senator Ojudu
UNFPA condemns female genital mutilation
I want to marry Linda Ikeji – 33-year-old US-based Nigerian singer, Shizem
Pastors have capacity to shut down any blogger – Apostle Suleman warns
Peter Obi attends Linda Ikeji’s child dedication [PHOTOS]
Linda Ikeji finally opens up on identity of her son’s father, relationship with Sholaye Jeremi
Linda Ikeji welcomes son [PHOTO]
Sex-for-marks: Unilag summons Linda Ikeji, ex-student before sexual harassment panel
Copyright © Daily Post Media Ltd

‘These Fulani men are no bandits but land grabbers’ – Vanguard

‘These Fulani men are no bandits but land grabbers’ - Vanguard