Popular cleric, Primate Elijah Ayodele has faulted Sahara Reporters publication on prophecies, maintaining that his past predictions have come to the pass.
The cleric in a statement by his media aide Osho Oluwatosin, noted despite that he respected the online title, it has continued to disappoint him with false reports against his boss – the leader of INRI Evangelical Spiritual Church.
“There is no doubt about it that Primate Ayodele has become a major voice in the prophetic ministry and this was only attained because of the accuracy of his prophecies, all Glory be to God in the highest.
“However, Sahara Reporters has continued to deliberately lie against the man of God by dragging his name in the mud of unfulfilled prophecies” the statement stated.
While referring to the publication with the headline “Prophecies That Missed The Mark In 2021’” the statement indicated that, Primate Ayodele was listed among other prophets in Nigeria but unfortunately, instead of doing the reports based on facts, it was totally falsehood peddled against the clergy.
“Sahara Reporters mentioned five prophecies of Primate Ayodele and claim they didn’t come to pass. They include removal of SSG, death of Nigerian ambassador, Covid-19 killing a commissioner, Nigeria producing Covid-19 vaccine, kidnap case in Aso rock.
“Sincerely, it is not a must to react to this report because it doesn’t stop God’s work in the life of the very revered man of God but due to the falsehood, there is need to clear the air for record purposes.
“The first one the news outlet mentioned is the removal of secretary to the state government. As a news outlet, it is important to always make research before doing any report except it is just a deliberate act to bring down the person of Primate Ayodele. I wonder where Sahara Reporters was when Governor Okowa sacked his SSG in May 2021. In June, Governor Zulum also sacked his SSG. How come Sahara Reporters never saw this?
“Secondly, the news outlet said no Nigerian ambassador died as Primate Ayodele prophesied. If Sahara Reporters know what prophecy is about, they should understand that a true prophet doesn’t receive prophecies and release the same day. For Primate Ayodele, whenever he wants to release prophetic statement especially for the new year, he takes his time, spends time in God’s presence, sometimes it takes three months to collate the prophecies and when the prophecy was released in December 2020, the Nigerian ambassador to US died the same month, how come this didn’t come to pass.
“Thirdly, on Covid-19 killing a commissioner, if Sahara Reporters took time to understand Primate Ayodele’s ministry, they should know he doesn’t speak on Nigeria alone, his prophecies address the global world. Just yesterday, a commissioner in Lebanon died of Covid-19 complications” the statement challenged.
With respect to COVID-19 vaccine, the statement contended that there was nowhere in the prophecy where Primate Ayodele claimed it would happen in 2021, stressing that the point was just falsehood created by Sahara reporters.
On Kidnap case in Aso rock, in May, Primate Ayodele recalled that the son of President Muhammadu Buhari’s admin officer was kidnapped by gunmen and of course has ties with the Presidential Villa.
He said: “Sahara reporters have been proven wrong so many times especially when it has to do with Primate Ayodele whose prophetic glory continues to shine beyond the shores of Africa to God’s glory. There is no crime in writing reports but as news outlet, Sahara Reporters has the responsibility to ensure truth at all times unfortunately, the reverse has been the case.
“I would advise the publication to uphold the ethics of journalism, work on reports based on facts and not hearsays.”

Chat with us now
Officials believe it will be unlikely for the record to ever be broken, particularly as such a high volume of sex in a short period of time causes great trauma to the penis

Top publishers in Nigeria. We bring you the most accurate News from Nigeria and around the World.
The Eagle Online is published by Premium Eagle Media Limited.
Sign up to receive the latest news and trends in your inbox.
We don’t spam! Read our privacy policy for more info.
Check your inbox or spam folder to confirm your subscription.

Type above and press Enter to search. Press Esc to cancel. 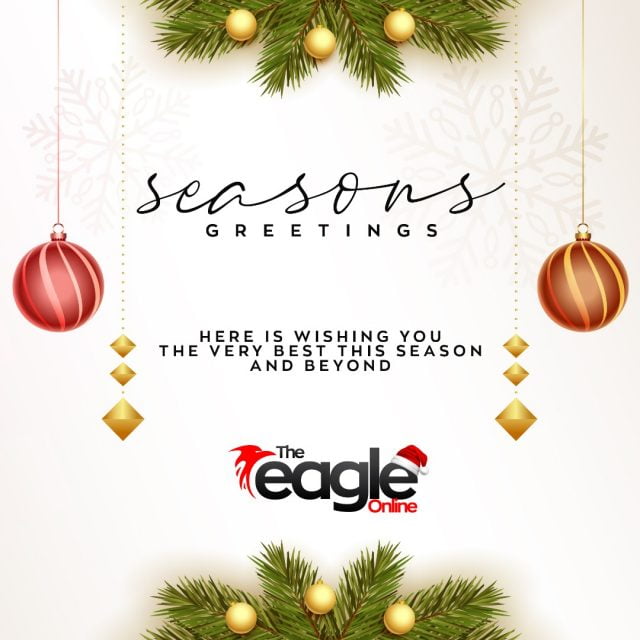 Doomscrolling: the exhibition that visualises our appetite for bad news – The Guardian

How ICF is positioning for IT implementation growth – Washington Technology

Doomscrolling: the exhibition that visualises our appetite for bad news - The Guardian

How ICF is positioning for IT implementation growth – Washington Technology